The speakers scream “THIS IS MY BRUTALITY!” as Rhea Ripley swaggers to the ring.  Unfortunately for Ripley, her role in WWE has made her trademark ‘brutal’ role a bit redundant.

Ripley’s character as of late was that she was the furious spearhead of NXT, tearing its way into the higher brands. She proved her worth at NXT TakeOver: WarGames 2019 as the leader of the winning team, fittingly named ‘Team Ripley’. Only a day later, she was a survivor for ‘Team NXT’ at Survivor Series 2019. Less than a month later, she was crowned NXT Women’s Champion by ending Shayna Baszler’s 416-day reign of terror.

In short, Ripley had a pretty good few weeks, and it was clear that with such a monstrous push, that this wasn’t solely a move to take the title from Baszler, and move Baszler to Raw or SmackDown.

On the surface, Charlotte Flair turning to NXT for a title is a very creative idea, both drawing attention to the smaller brand, and legitimising the value of the title alongside her other championship wins. However, her presence somewhat detracts from how imposing Ripley is meant to be, and surprisingly this is not down to the fact that Ripley looks to be dwarfed by a ten-time champion who is referred to regularly as ‘The Queen’.

The inevitability of a championship match between Flair and Ripley has definitely provoked a lot of scepticism, and noticeably, the excitement surrounding Ripley’s feud with Bianca Belair has cooled off. There is so little doubt that Ripley will win her match at NXT TakeOver: Portland, despite Belair’s incredible performance at Royal Rumble 2020. However, this is nothing to do with the fact that it is Charlotte who will be gunning for the NXT Women’s Championship.

The issue comes from how the idea of Ripley penetrating the larger brands’ rosters has been made redundant. She is too welcome. She doesn’t have to use her signature “BRUTALITY!” for this, because she has been allowed to walk straight into Raw by Charlotte. This is no fault of Charlotte, because any high-profile woman could have won the Royal Rumble and opened that door and asked for a title match.

What has been left behind is a generic wrestler who absolutely looks the part, but since being booked as a face, has a character with very little personality beyond generic angst. She is a champion, and can probably tear you limb from limb, but she isn’t billed as a monster. This isn’t necessarily a call for her to be a heel, although we know that she can be. One only has to look at her horrifying teasing of Tegan Nox during her long knee injury recovery. 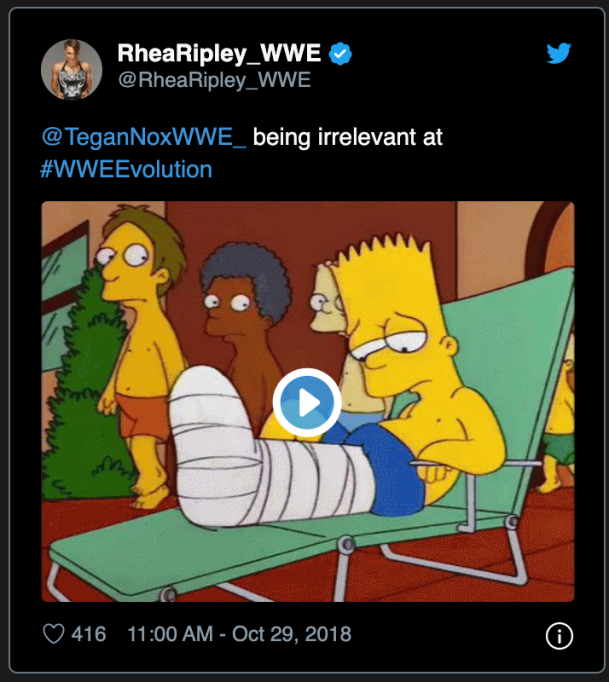 It is instead a call for her to mingle more with big personalities, without sweeping them aside. Bianca Belair is a textbook example, as she has injected 90% of personality into their feud. It was also a shame to see potential personal feuds ignored. Fans had hoped for ages for a Nox vs. Ripley grudge match, but that golden opportunity was wasted. The fact that a vengeful Street Fight has been booked for Nox against Dakota Kai, with lots of references back to their injuries goes to show all that could have been.

Now that Ripley is in a position of power, with a distinguished personality, she is only as good as the woman she opposes. An edgy haircut and a leather jacket just won’t cut it (however spiky it is).